Robin On An Egg

Hi friends! Our friend Maggee gave me this sweet pattern, Robin On An Egg by Bent Creek. Here it is all stitched up with DMC and VMSS 1795 Sky Blue. 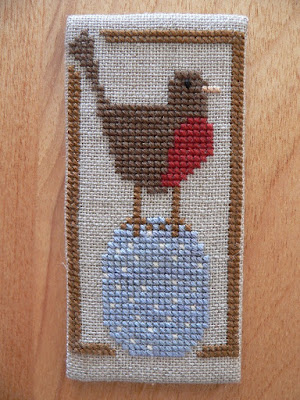 I love it. The robin is our state bird. I have sent this pattern to our friend Robin. 😉

I stitched another autograph on my brother Jon's bluegrass bibs. Tim O'Brien. 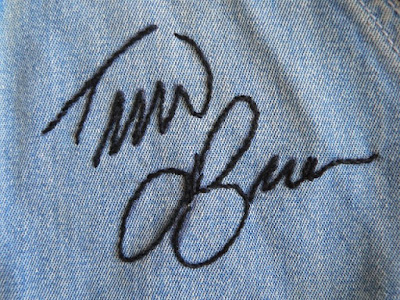 I have now embroidered 29 autographs. I have 4 more to go!🤪 He has 33 autographs. SO FAR! HE KEEPS GETTING THEM!! 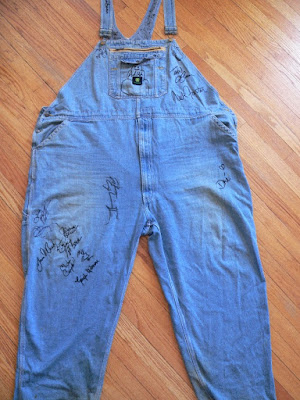 There are more autographs on the backside.

I really enjoyed this book! One of the best I read this year. Just enjoyable, and well written.
This charming, irresistible debut novel set in London during World War II about a young woman who longs to be a war correspondent and inadvertantly becomes a secret advice columnist is “a jaunty, heartbreaking winner” (People)—for fans of The Guernsey Literary and Potato Peel Pie Society and Lilac Girls. Emmeline Lake and her best friend Bunty are doing their bit for the war effort and trying to stay cheerful, despite the German planes making their nightly raids. Emmy dreams of becoming a Lady War Correspondent, and when she spots a job advertisement in the newspaper she seizes her chance; but after a rather unfortunate misunderstanding, she finds herself typing letters for the formidable Henrietta Bird, renowned advice columnist of Woman’s Friend magazine. Mrs. Bird is very clear: letters containing any Unpleasantness must go straight into the bin. But as Emmy reads the desperate pleas from women who many have Gone Too Far with the wrong man, or can’t bear to let their children be evacuated, she begins to secretly write back to the readers who have poured out their troubles.

I am now stitching up a Lizzie Kate pattern for my pedestal frame.

“Blessed is the one who perseveres under trial because, having stood the test, that person will receive the crown of life that the Lord has promised to those who love him.”  James 1:12

I am so glad you stopped by. Your kind words lift my spirit. Thank you!💗 Have a great weekend my friends! 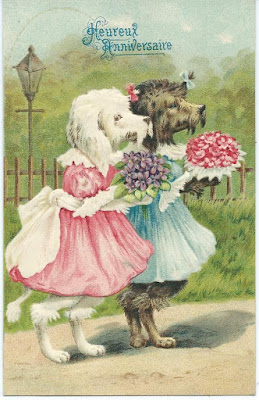 Hi Vickie,
The little robin looks cute, because you already have a pretty Easter pattern. Great idea with the autographs, something very special arises here.
Have a nice day, Hugs, Martina

Love the robin on the egg. The book sounds interesting.I did enjoy The Guernsey book very much.

Cute Robin!
He is going to have unique Bibs when you finish!
Marilyn

Hello Vickie,
the little bird on the egg is very cute. A nice pattern.
The bibs will be a unique for your brother.
Hugs, Manuela

This is such a sweet piece! I love the threads you used. Need to check my VMSS box for that blue! Good for you on getting another autograph stitched on the overalls!

I have to give you credit for keeping up with those autographs, Vickie--you are one great sister :)

I read that book too and enjoyed it :)

Love your Robin on an Egg. I love hearing about the books you've read. I have downloaded quite a few of them in audio, but unfortunately have not had a chance to listen just yet. Hoping with the warmer weather when I can sit outside and stitch, I will listen to them all. Have a great day.

Another lovely finish, that's a big egg the little robin laid!
One of my colleagues is reading Mrs Bird (nice segue from the robin LOL) and is enjoying the book.

Hi Vickie: What an adorable design, I am loving the blue on the egg, such a pretty color.
Than-you for the beautiful Scripture.

That's a cute robin! And I have always wanted to say how impressed I am with your collection of Poodle Ephemera! They are really fun. The one you picked for today is so appropriate for me, as it is my 40th birthday! :) Thank you! Ha ha! :)

What a cute little robin. That sounds like a must read book for me!

Very cute robin, I've been enjoying watching ours come to the window feeder, even when we're lying in bed just then other side the glass !

What a sweet Robin! and the book sounds like good fun. Have a lovely weekend!

The bird is very sweet!!!

Sweet robin
I too loved this book.

What a sweet stitch. You are such a great sister and the jeans look great. RJ