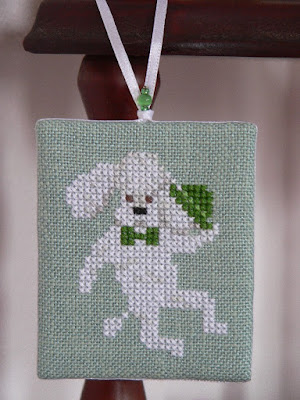 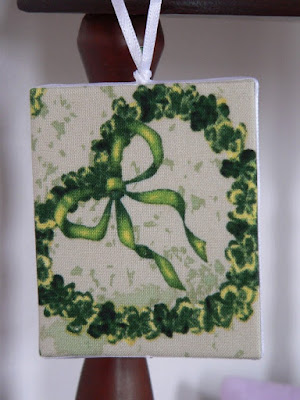 I guess you never know what you will see here do you? Mer-poodles. Leprechaun poodles. Well, you do know you will see poodles. HA!🐩🐩🐩

I have to ask. Is anyone else reading The Cat Who series? Or have you read this series? I just love it. I actually dread running out of these books.☹️Every time I read these books I think of Astrid and her two tonkinese cats! Now the main character in this book, Jim Qwilleran has two siamese, but it still makes me think of you Astrid!😉

In this charming Cat Who mystery, a misused mansion sets the stage for a strange caper for Jim Qwilleran and his cats Koko and Yum Yum. Qwill’s moved into the old Gage mansion—and the cats are on a treasure hunt. The house’s fifty closets are crammed with several generations of junk, and while Qwill investigates two recent deaths—those of the mansion’s former occupant and a local potato farmer—Koko investigates the contents of the closets. Qwill and the cats wind up unearthing some surprising skeletons—and bringing long-buried secrets to light...

Jim Qwilleran and his cats scramble for clues when peaceful Breakfast Island is turned upside-down by murder in this mystery in the New York Times bestselling Cat Who series. Qwilleran and the cats are visiting an island known by many names. Qwill has always called it Breakfast Island, but to the taciturn natives, it’s Providence Island. To the rich summer resident, it’s Grand Island—and to the developers and tourists who are turning this once-peaceful place into a circus, it’s Pear Island. But when some odd “accidents” occur, including a fatal boat explosion, Qwill suspects sabotage and sets out to investigate—because murder by any other name is just as deadly...

I was not planning on it, but I am stitching up yet another St. Patrick's Day pattern! I found a new freebie and I really like it. I happen to be a little Irish, so why not??🍀

I hope you have a wonderful, stitchtastic weekend! It has warmed up around here! For us that means in the forties! Exciting, huh? Warm, right?😉 For us, we will take it!!

These things I have spoken to you, that in Me you may have peace. In the world you will have tribulation; but be of good cheer, I have overcome the world.”  John 16:33 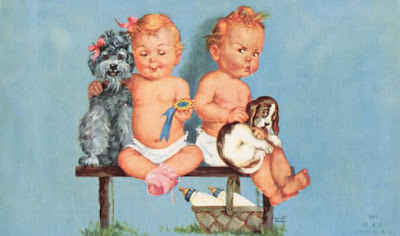 Hi Vickie,
Well - the little poodle looks so fine, so noble with his bow and hat. Did you design great.
No I have not read this series, but I've already written down your tip - maybe soon.
Have a nice weekend, have a lot of Stitching Time,
Hugs, Martina


What a cute poodle , love him .
Have a great day and a fab weekend.

Your leprechaun poodle is too cute!
I'm so glad it warmed up.
Most of the snow melted in the last 2 days.
YAY!!!!!
Adios Winter!!
Have a great weekend.
Marilyn

Love the poodle doing a jig!

I love the poodle!
Lieve groet,

Oh Vickie, your leaping leprechaun poodle is adorable. Well done! I haven't read this series, so I will look for it. Enjoy your weekend!

He looks like he is performing an Irish jig, Vickie--simply adorable!!

Enjoy your warmer weather--we have been blessed with very spring-like 60-70 degree days, but it is falling back into the 30s for the weekend. Oh well--a taste of spring is better than no spring!

Love the leaping poodle. Yes I have read the cat mysteries twice and hated that they ended.

That dancing poodle is absolutely adorable!! I have not tried that series as yet.

Your leaping leprechaun poodle is adorable! Enjoy the warmer weather!

your poodle is so cute!
Have e wonderful weekend

Love the leprechaun poodle with his heals clicking together. :)
Have a good weekend.

Oh Vickie, your poodle is more than cute, darling!

Your new design is to funny! Super sweet!!

Another adorable design by Vickie! Yes, your leaping poodle leprechaun is very cute!
So, are these cats naughty too, like our Ming and Maximus?! I told Nathan about the series and we decided we'll start listening to them while stitching once we've finished the dragon book. Thanks, Vickie!

Your leaping leprechaun poodle is so cute!

Eeek, super cute; he totally looks like he's doing a jig! I have a terrible dearth of Irish stitches despite having a good amount of blood. Your fussy cut shamrock wreath is a cute backing too.

YOur leaping poodle is just too cute!!!

Be still my heart. That poodle is just the cutest. RJ