Hi friends! I have been working on Forever Be My Always by Emma Congdon this week. This is an update picture for you. 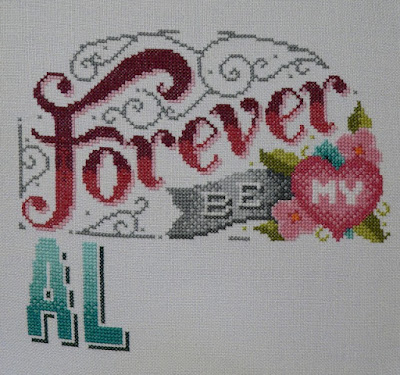 Book number 12 of the Maisie Dobbs series! Journey to Munich I kept finding myself saying, "Just get out of Nazi Germany Maisie! Go! Get out!" A very good read. Now I find myself waiting for the newest release in this series, In This Grave Hour.

Working with the British Secret Service on an undercover mission, Maisie Dobbs is sent to Hitler’s Germany in this thrilling tale of danger and intrigue—the twelfth novel in Jacqueline Winspear’s New York Times bestselling “series that seems to get better with each entry” (Wall Street Journal).
It’s early 1938, and Maisie Dobbs is back in England. On a fine yet chilly morning, as she walks towards Fitzroy Square—a place of many memories—she is intercepted by Brian Huntley and Robert MacFarlane of the Secret Service. The German government has agreed to release a British subject from prison, but only if he is handed over to a family member. Because the man’s wife is bedridden and his daughter has been killed in an accident, the Secret Service wants Maisie—who bears a striking resemblance to the daughter—to retrieve the man from Dachau, on the outskirts of Munich.
The British government is not alone in its interest in Maisie’s travel plans. Her nemesis—the man she holds responsible for her husband’s death—has learned of her journey, and is also desperate for her help.
Traveling into the heart of Nazi Germany, Maisie encounters unexpected dangers—and finds herself questioning whether it’s time to return to the work she loved. But the Secret Service may have other ideas. . .

I will work a day or two more on Forever Be My Always, then I will move on to begin the Bonus Chart of Anniversaries of the Heart.

I hope you have a stitchtastic weekend my friends! Thank you for stopping by. 🐩 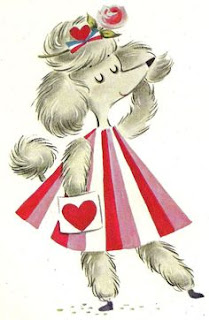 This is a lovely design Vickie,great progress too.I hope you have a good weekend also

You are making great progress on Forever Be My Always, Vickie. Good for you! The poodle graphic at the end of your post made me chuckle. Have a wonderful weekend!

Have a good weekend.

What a pretty piece! I love the colors, the fonts, and you're making great progress. Eager to see the finished piece.

Your progress on Forever is just lovely! The colors are really beautiful...this is such a lovely gift and a wonderful way to remember your anniversary!

I hope you have a really good weekend doing things you enjoy! It is sunny today but cold and even more rain is on the way....

You have a great weekend too!

Wonderful progress.
I wish you a Happy Stitching Weekend.

I do like Emma's designs and this one looks great.

I really like this design, you're making great progress with it!

What pretty colours. I have never heard of this designer before.

Love this piece, and LOVE your Valentines finish! I'm not sure what happened there -- how did I miss your other blog post till now? Have to scold my reader. Hope you're doing well! (I saw an ad on TV the other day about botx injections for migraines. Immediately thought of you....)

I have seen a few people stitching this Emma Congdon design - it is so very nice.

I love this design and it's always so nice to see it in your posts. Great progress!