Hi friends! On Saturday our library hosted Jennifer Chiaverini on her book tour. :) Brian and I and 123 others went to hear her speak. 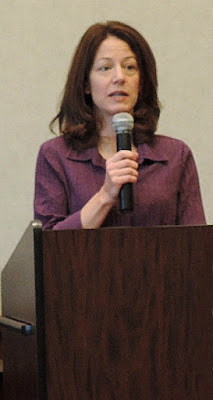 Her latest book, Fates and Traitors was just released on September 13th. So I have NOT read it yet, I get my books from the library. She explained a lot about John Wilkes Booth and read a bit to us from the book. Then she signed books that were for sale. Such a nice woman AND she lives right here in Wisconsin, thank you very much! tee hee! ;) She told us ours was the largest crowd she ever had at a book tour event.


“In her latest novel, Fates and Traitors, Jennifer Chiaverini once again demonstrates her masterful ability to bring history to life..With her varied and well-drawn ensemble of female narrators, Chiaverini spins a rich and suspenseful tale, shedding new light on America’s most notorious assassin—and the women who loved him.” —Allison Pataki, New York Times Bestselling author of Sisi: Empress On Her Own
The New York Times bestselling author of Mrs. Lincoln’s Dressmaker returns with a riveting work of historical fiction following the notorious John Wilkes Booth and the four women who kept his perilous confidence.
John Wilkes Booth, the mercurial son of an acclaimed British stage actor and a Covent Garden flower girl, committed one of the most notorious acts in American history—the assassination of President Abraham Lincoln.
The subject of more than a century of scholarship, speculation, and even obsession, Booth is often portrayed as a shadowy figure, a violent loner whose single murderous act made him the most hated man in America. Lost to history until now is the story of the four women whom he loved and who loved him in return: Mary Ann, the steadfast matriarch of the Booth family; Asia, his loyal sister and confidante; Lucy Lambert Hale, the senator’s daughter who adored Booth yet tragically misunderstood the intensity of his wrath; and Mary Surratt, the Confederate widow entrusted with the secrets of his vengeful plot.
Fates and Traitors brings to life pivotal actors—some willing, others unwitting—who made an indelible mark on the history of our nation. Chiaverini portrays not just a soul in turmoil but a country at the precipice of immense change.

On Sunday our Archbishop presided over Divine Liturgy with our Father Vasyl. The Archbishop comes from Chicago about twice a year. We were also treated to Konevets Quartet as our chorus during the Liturgy. You may or may not know that in Orthodox Christian Churches, there are no organs or musical instruments. The choirs provide the music with their voices. Emerson came with Brian and I on Sunday and we stayed for lunch. After lunch we were treated to a small folk concert by Konevets Quartet. What a neat experience straight from St. Petersburg!

If you are a follower of mine that is not American, and you would like a chance at my giveaway, take a look at my last post. If you are American, your chance at another giveaway is coming up very soon my friend! :) 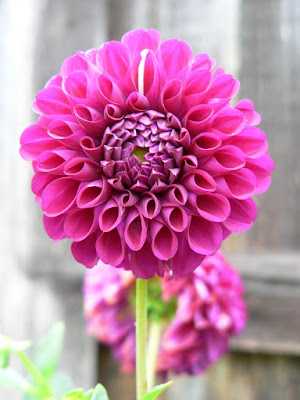 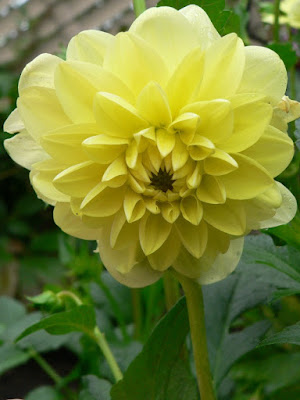 I am stitching up the Joyful World October SAL right now. I love these colors so very much!

I hope that YOU have a stitchtastic week my friends! Thank you for your kind comments on my last post. I appreciate your friendship. 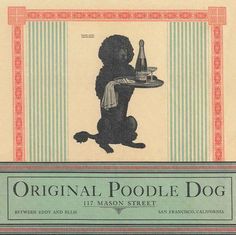 Love Jennifer Chiaverini! Have been curious about this book. How cool that you got to hear her talk! Also the choir -- love a cappella choirs!

Your flowers are gorgeous. It sounded like you had a glorious weekend with an author talk and choir. Have a wonderful Monday, Vickie!

I LOVE Jennifer Chiaverini's books! How absolutely wonderful that you were able to go and hear her speak! One thing I know...I have to catch up on her books...I am behind in reading them! Her newest book sounds really interesting!

I am glad you also had a special day at your church. The choir selections sound amazing :)

It sounds like you had a great weekend! I am so glad that you were able to enjoy those things...you have gone through so much this summer...

Anxious to see the October stitching!
Meatloaf for dinner tonight....grins!

Wow! I've listened to Jennifer's books on CD. I loved them. Glad you got to see her.

I must read up on Jennifer Chiaverini:) Beautiful flowers,hope you have a good week too,Vickie.

Glad you two had a great time. The flowers are so very pretty. :) Wishing you a lovely day sweet friend. :)

How fun that you got to hear Jennifer Chiaverini!
I also enjoyed your pretty dahlias!
Have a great day, Vickie!

Your dahlias are absolutely stunning, love them! Thanks for sharing them with us :)
Two wonderful experiences: the Liturgy and the choir ánd a meeting with J. Chiaverini, wow! I'm glad you had such happy events in you life, it's something to cherish!

Have a good day & waves across the ocean, Carolien

What a fabulous time you must have had listening to this lady.

So glad you got the chance to listen to Jennifer's talk, Vickie! I should try one of her audio books--do you have a favorite to recommend?

What a chance to meet Jennifer Chiaverini. I adore her Elm Creek series a lot.

Hi Vickie: Thank-you for sharing with us about this author and her new book I will wait for it to come to my local library, it sounds like a very interesting read.
I love Choirs the music is always fabulous.
I love your choice of colors, the flowers are beautiful.
I hope you are staying warm it is a balmy 52 degrees here in Annandale.

Glad to hear you had a wonderful time. The flowers are so beautiful.

I have read several of Jennifer's books and always enjoy them. The Church day sounds very special.

What a special church experience.

How nice to meet an author whose work you enjoy.

How exciting, that you met one of your favorite authors. Must have been a wonderful event, I am sure!

Your dahlias are amazing. I love this flowers with all their bright colors and various flowering shapes.

Have a wonderful rest of the week, my dear friend!

I love Jennifer Chiaverini's quilting novels - I haven't read any of the later ones though. How lucky that you got to meet her :o)
Your flowers are stunning!
Hugs xx

It must have been very exciting to be a part of the audience and hear Jennifer speak. Her books have long been on my TBR list - her newest one sounds very interesting. And the Konevets Quartet sounds amazing! Glad you were able to enjoy it! : )

How fun! I love author tours! I have missed two from J. A. Jance, one of my favorite authors. She has been at our library. I hope she will come again so I can hear her speak and get an autograph on my book. :) So glad to hear that your headaches are getting better! Have you been approved for the shots yet? Continued prayers!