Hi friends! Here is an update on the sampler I am creating. 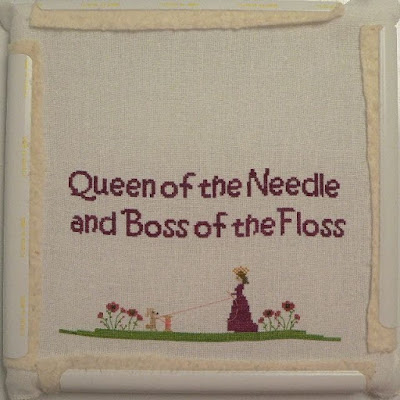 The Daughter's Tale by Armando Lucas Correa is another very good book that I read that took place during WWII. This story is based on true events.
BERLIN, 1939. The dreams that Amanda Sternberg and her husband, Julius, had for their daughters are shattered when the Nazis descend on Berlin, burning down their beloved family bookshop and sending Julius to a concentration camp. Desperate to save her children, Amanda flees toward the south of France, where the widow of an old friend of her husband’s has agreed to take her in. Along the way, a refugee ship headed for Cuba offers another chance at escape and there, at the dock, Amanda is forced to make an impossible choice that will haunt her for the rest of her life. Once in Haute-Vienne, her brief respite is inter­rupted by the arrival of Nazi forces, and Amanda finds herself in a labor camp where she must once again make a heroic sacrifice. NEW YORK, 2015. Eighty-year-old Elise Duval receives a call from a woman bearing messages from a time and country that she forced herself to forget. A French Catholic who arrived in New York after World War II, Elise is shocked to discover that the letters were from her mother, written in German during the war. Despite Elise’s best efforts to stave off her past, seven decades of secrets begin to unravel. Based on true events, The Daughter’s Tale chronicles one of the most harrowing atrocities perpetrated by the Nazis during the war. Heart­breaking and immersive, it is a beautifully crafted family saga of love, survival, and redemption.

I hope you have a wonderful week my friends!  It is rainy for days and days here. So dreary, but good stitching weather!

“Therefore encourage one another and build each other up, just as in fact you are doing… And we urge you, brothers and sisters, warn those who are idle and disruptive, encourage the disheartened, help the weak, be patient with everyone.” 1 Thessalonians 5:11,14 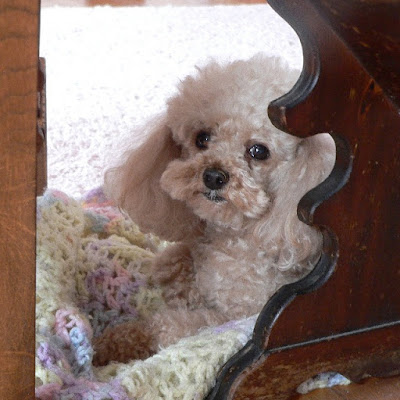 Hello Vickie,
a great progress on your sampler. Nice words.
Here it is rainy as well. Good weather for stitching, sewing and knitting.
Have a nice week.
Hugs, Manuela

Your Sampler is looking good.
Are you prepared for the heat this week?
Strange weather, but sick of rain.
Have a great week!
Marilyn

Looking good, Vickie! Can you please send some rain our way...we are soooooo dry!!! Have a good week!

Vickie, you are moving on your sampler! The verse made me chuckle! We have been so dry here, but today, it is raining! Yay!

Vickie: I love the design it is looking to be a beauty.
I am starting a new book, The Tattooist Of Auschwitz, We were the Lucky Ones was heart wrenching.
I must look into this book you are reading.
Have a beautiful day.

I love your sampler Vickie. The saying is perfect.

lOVE the sampler , what a sweet design .
I came back to rain too .
Don't like this weather at all.
Have a lovely week sweet friend.

Your design is awesome. I can't wait to see more. Wishing you a most lovely day sweet friend. ((hugs))

Ha ha! I have to laugh because we got our very first rain in an entire month here this morning and I was overjoyed!! We need it so badly--sorry you are dealing with days and days of it, Vickie. Your sampler is looking so cute and I know I need to read that book--thanks for another great recommendation :)

The sampler is just lovely! i am so impressed!! Another great book suggestion! Thank you so much!

Your update looks just fabulous. The text is class and the letters you have chosen fit perfectly with the image.

Thanks for the book tip, it sounds great.
Have a nice week, Martina

I absolutely love your sampler, Vickie! It's just so beautiful.

Thank you for sharing about the book - it sounds like another good one!

Nice progress on the sampler, glad you are enjoying the designing process!