Hi friends! I am almost done with a tiny sampler for my cubby shelf I will share it with you next time. I am calling it The Tatooine Sampler. Ha! You will see why. ;)

I finished reading The Progeny by Tosca Lee. I have never read a book by her before. I have read books by Ted Dekker co-authored with Tosca Lee before. I found out that is quite different. I like a "fast-paced supernatural thriller",but I did not find this book to be one you cannot put down as described. I discovered there will be a sequel to this book. I do not plan on reading it. I doubt that one would excite me either.

Emily Porter is the descendant of a serial killer. Now, she’s become the hunted.

She’s on a quest that will take her to the secret underground of Europe and the inner circles of three ancient orders—one determined to kill her, one devoted to keeping her alive, and one she must ultimately save.

Filled with adrenaline, romance, and reversals, The Progeny is the present-day saga of a 400-year-old war between the uncanny descendants of “Blood Countess” Elizabeth Bathory, the most prolific female serial killer of all time, and a secret society dedicated to erasing every one of her descendants. A story about the search for self amidst centuries-old intrigues and Europe’s underground scene…and one woman’s mission to survive.

Jacob and Madeleine head back to school again on Monday. Jacob for his senior year at Marquette University, Madeleine for her freshman year at Mount Mary University.

In his freshman year, Jacob took part in Project Beyond, a Grant Program for increasing diversity in the nursing workforce. He just received a scholarship this year as an underrepresented (male) Marquette nursing student who shows great promise in the nursing profession. There are 125 students in his class. 6 are male students. He received full tuition coverage this year, all expenses paid. :) Wahoo!

Emerson had a 3 month review at work with the boss, as a carpenter's apprentice. He got a great pay raise! :)

I am glad you stopped in today my friends. I hope you have a fun filled weekend. 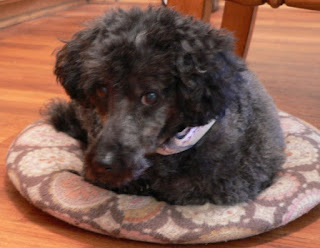 Congrats on the full tuition! I hope they both have wonderful school years.

Sounds like your kids are all doing brilliantly! So great about Jacob's scholarship and Emerson's pay raise! Good luck to Madeleine on her first year of college. I know she'll do great! Hope you are doing well and those headaches are gone.... Happy belated birthday to Murphy too!

Congratulations to Jacob and Emerson...I always say I am only as happy as my saddest child, and I bet you are both happy and proud of your guys!
Good luck to Madeleine on her Freshman year...and you too, Mom :) How did our kids grow so fast!
Can't wait to see the new sampler...
Have a great weekend kid
Hugs

It sounds like your children are doing very well, good for them!

Congratulations to Jacob and Emerson - it's nice to have good work acknowledged. First year of university is exciting - and nerve-wracking! Best wishes to Madeleine!

The description of the story sounds wonderful - how disappointing for it to be so flat.


Great News for your children hugs to all.

Congratulations to Emerson on his pay raise. And a good start of the new school year to Jacob and Madeleine.
Enjoy your stitching and reading.

So nice to know your children are doing fine....The September stitched piece is cute and have great colors ..the little book worm is cute! Special blessings to you my friend!

Wow, you are blessed with good kids, so happy to hear about these great news. Looking forward to your Tattooine Sampler😊

Wow! Congrats to Jacob on the scholarship! That takes a burden off, doesn't it? And congrats also to Emerson for a good pay raise after probation! Very nice! Looking forward to the next finish... Tatooine?? Hmmm...???

A year's scholarship is awesome! How does it work in the US? Do they take out loans to pay the fees off when they start work as we do here or does it have to be funded upfront? Presumably by The Bank of Mom and Pop?
Tuition fees are a huge source of contention here with many people deciding against university because they don't want to be landed with a lot of debt with no guarantee of a well paid job at the end.

All sounds good Vickie, nice to hear. It's lovely when family are doing so well - long may it continue.

Oh, how wonderful on the tuition! My son was able to find grants for almost all of his tuition, it was one less BIG worry for our family. LOL

I am wearing the wrong glasses for the computer and thought you said that you had a "chubby" shelf. Took a second, hmmm, chubby shelf? LOL I need to get me one of those!

Have a wonderful week, sweetie. Hope that the headaches are bearable...it's almost September...

I'm catching up now, joehoe!
Your children do a good job, that's for sure! You can be proud!
And oh that picture of your poodle is so cute ...