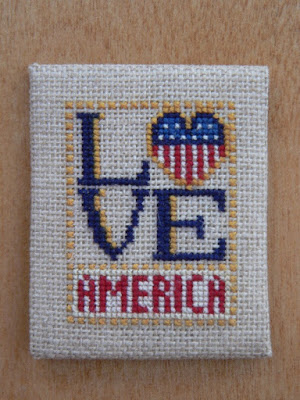 Here's my patriotic finish for Memorial Day💖💙. Hinzeit Love Bits: Love America I left off the charm and used the called for DMC. This was stitched one over one 28ct Lambswool. Itty bitty stitching! It's now in the cubby shelf. 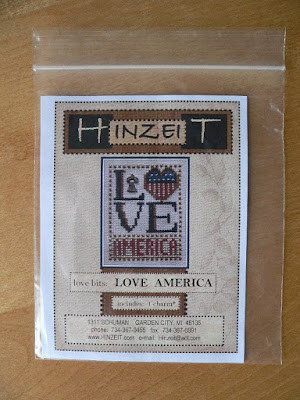 Would you like this chart? (I do not have the charm.) Our friend Robin gave this chart to me. I would like to now offer it to YOU! All you need to do is: be a sidebar follower of mine on this blog, and leave a comment on this post telling me you would like this sweet, little chart!😊

What can I say? Two more The Cat Who books! I love them!! You should read them! REALLY!

Jim Qwilleran—along with his lovable Siamese cats Koko and Yum Yum—follows a trail of clues as elusive as a cat burglar in the night in this mystery in the New York Times bestselling series.There’s been a rash of petty thievery in Pickax—ever since banker Willard Carmichael and his flashy young wife, Danielle, moved in. But now Willard’s been killed in a mugging Down Below…or so it seems. Qwill’s suspicious, especially when Willard’s house-restoration project in Pickax falls into the hands of Danielle’s cousin—whose rich new wife then dies on her honeymoon! The clues are confounding. But with Koko’s help, Qwill intends to catch a thief—and a killer...

In this delightful Cat Who mystery featuring Jim Qwilleran and his lovable cats, Koko and Yum Yum, the rites of spring are celebrated with the fine art of birdcalling—and a fateful act of murder.As early spring comes to Moose County, Jim Qwilleran is looking forward to the peaceful beauty of nature’s rebirth. What he gets instead is a chorus of noisy birds that constantly wakes him from a sound sleep—especially when Koko insists on joining in with his own feline version of birdcalling. But soon Qwill is wondering whether Koko is trying to say more than just “tweet tweet,” because a series of strange events—starting with an act of vandalism and culminating in a mysterious chain of death and disappearance—has Pickax in a similar uproar. It seems that this spring, a cat’s fancy may turn to crime solving...

Have a super weekend my friends! Thanks for stopping by!💙💖 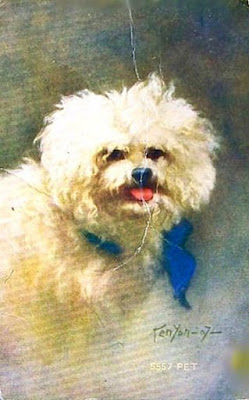 Congrats on another adorable finish Vickie. I would love to be entered in your giveaway.

A great finish. Have a Happy Memorial Day, we have a Bank Holiday here in the UK so it will be a lazy day tomorrow.

A wonderful addition to the cubby shelf. Enjoy the holiday …. I loved every one of those books!

I do love that cute little design . It will be perfect for your cubby! I am very happy to be spending this Memorial Day with my son who has retired from the Army after 24 years. We had too many Memorial days when he was flying a blackhawk in Iraq. I thank God all the time for his safe return home.

I really like this little motif for Memorial Day. Very good work.
And new books from "The Cat Who" - I think I should read one.
Have a nice day, Martina

Wonderful finish. It is a nice motif for Memorial Day.
Enjoy the day, Manuela

A very cute Finish.
Have a wonderful memorial Day!
Marilyn

That is a pretty little finish! I would love to stitch it!

Well done on your sweet patriotic finish! Wasn't it a fun stitch? Thinking of you!

Nice finish for your cubby shelf.

Love America is so cute! I admire your ability to stitch on such tiny fabric count, my old eyes can barely handle 18-count anymore! Enjoy this week!

Affordable finish, perfect for your cubby! Please count me in for the giveaway.
Did I tell you that we found book one from "The Cat Who" at the library? Nathan wants to read from the beginning!

What a cute patriotic finish, Vickie! I love decorating with red, white, and blue from now until mid to late July :)

Fabulous stitch and a great give away Vickie. Isn't Robin the best? RJ