Hi friends! I have worked all week on the Bonus Chart and have completed it. You will notice I have replaced the center with the Jesus Prayer, instead of the alphabet and numbers that were charted. I also added a cross at the bottom. 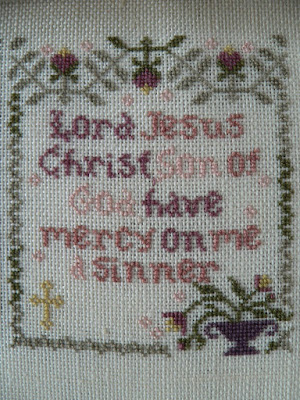 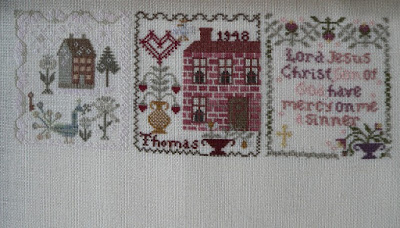 I am now stitching on Forever Be My Always by Emma Congdon again.

I read another book by Jacqueline Winspear two weeks ago. This one is NOT one from the Maisie Dobbs series. It is a FANTASTIC book! I loved it! The Care and Management of Lies: A Novel of the Great War was such a good read and not what I expected.

The New York Times bestselling author of the Maisie Dobbs series turns her prodigious talents to this World War I standalone novel, a lyrical drama of love struggling to survive in a damaged, fractured world.
By July 1914, the ties between Kezia Marchant and Thea Brissenden, friends since girlhood, have become strained—by Thea’s passionate embrace of women’s suffrage, and by the imminent marriage of Kezia to Thea’s brother, Tom, who runs the family farm. When Kezia and Tom wed just a month before war is declared between Britain and Germany, Thea’s gift to Kezia is a book on household management—a veiled criticism of the bride’s prosaic life to come. Yet when Tom enlists to fight for his country and Thea is drawn reluctantly onto the battlefield, the farm becomes Kezia’s responsibility. Each must find a way to endure the ensuing cataclysm and turmoil.
As Tom marches to the front lines, and Kezia battles to keep her ordered life from unraveling, they hide their despair in letters and cards filled with stories woven to bring comfort. Even Tom’s fellow soldiers in the trenches enter and find solace in the dream world of Kezia’s mouth-watering, albeit imaginary meals. But will well-intended lies and self-deception be of use when they come face to face with the enemy?
Published to coincide with the centennial of the Great War, The Care and Management of Lies paints a poignant picture of love and friendship strained by the pain of separation and the brutal chaos of battle. Ultimately, it raises profound questions about conflict, belief, and love that echo in our own time.

I hope you have a wonderful weekend my friends! Thank you for stopping by. 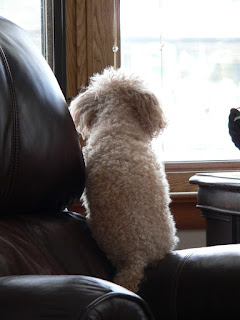 Nice stitching and changes. You are making good progress.

Lovely stitching, your needle is flying along on these!

Your stitching look beautiful.
Have a nice weekend!

Lovely stitching Vickie,hope you have a good weekend too.

Vickie, congratulations on getting the bonus chart finished. I like your changes. Have a fabulous weekend!

Another section down....way to go! Have a nice weekend!

I love the changes you made and using the Jesus Prayer instead is really nice. I never would have thought to do that. I'm looking forward to seeing your progress.

You did a beautiful job changing the bonus block to the Jesus Prayer. I'm sure this will make the completed piece even more special to you and your family. Hope you're continuing to feel better.

Wonderful stitching. All together looks beautiful.
Enjoy the weekend.

The newest block looks wonderful, Vickie--you did a great job in charting the prayer. A most special touch!

Your stitching is just lovely my friend! You charted that prayer just beautifully and it is such a special touch to your sampler! You are making great progress on your sampler my friend and it is looking just wonderful! Oh be still my heart...lol!

The book sounds really good! I keep telling myself I need to read the books written by this author but I just haven't been doing a lot of reading or stitching lately! I need to get back into the rhythm...lol!

I am off to the radiologist....I'll let you know what she says! I hope you are feeling better? This cough is never ending....

This is so pretty and so personal to you. It is going to be a wonderful record of your life when you complete it.

Oh I love the Jesus Prayer block. Your stitching is always so pretty. :)

Awww looking out the window....so sweet. I see you had your little buddy there helping out with the stitching, too. :)

As always your needle speaks with you, for you.

What a beautiful addition to that sampler! Thanks again for the book idea.

Such a sweet stitch, I love your changes!

Hi Vickie: I love the photo of your baby looking out the window, so cute.
I really like the Jesus Prayer in your stitching, what a lovely design.
I have so many books to read am just starting another Debbie Macomber book, Heart Of Texas Vol. 3, wonderful read.
I hope you are having better weather then we are, it is cold here.

Very pretty Vickie, you're motoring along with this one!

Your bonus block is beautiful Vickie.

Awwww, that pic of Henry is adorable! Love your stitching. It's going to be wonderful -- already is! The book sounds interesting.

This project gets prettier and prettier with each picture! Is Henry on the lookout for spring? : )

Your bonus block is just gorgeous, Vickie. The whole design is coming along beautifully.

It's interesting to see how you change things on the Anniversaries and make them yours.