Hi friends! I have been hearing him for days, but I first spotted him yesterday. The first robin. 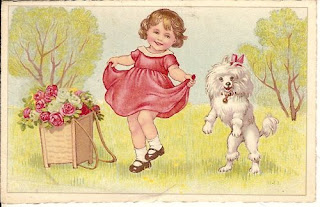 Our friend Kim is celebrating her 60th birthday this July. Check out the link for a whopping RAK!

In 1860, the Henry Wadsworth Longfellow family celebrated Christmas at Craigie House, their home in Cambridge, Massachusetts. The publication of Longfellow’s classic Revolutionary War poem, “Paul Revere’s Ride,” was less than a month hence, and the country’s grave political unrest weighed heavily on his mind. Yet with his beloved wife, Fanny, and their five adored children at his side, the delights of the season prevailed.

In present-day Boston, a dedicated teacher in the Watertown public school system is stunned by somber holiday tidings. Sophia’s music program has been sacrificed to budget cuts, and she worries not only about her impending unemployment but also about the consequences to her underprivileged students. At the church where she volunteers as music director, Sophia tries to forget her cares as she leads the children’s choir in rehearsal for a Christmas Eve concert. Inspired to honor a local artist, Sophia has chosen a carol set to a poem by Longfellow, moved by the glorious words he penned one Christmas Day long ago, even as he suffered great loss.

Christmas Bells chronicles the events of 1863, when the peace and contentment of Longfellow’s family circle was suddenly, tragically broken, cutting even deeper than the privations of wartime. Through the pain of profound loss and hardship, Longfellow’s patriotism never failed, nor did the power of his language. “Christmas Bells,” the poem he wrote that holiday, lives on, spoken as verse and sung as a hymn.

I thought I would let you know that I had the facet injection/medial branch block on Wednesday afternoon. The shot was not a shot. Multiple shots with moving around during each poke. The worst procedure I have had thus far. AND I HAVE HAD MANY PROCEDURES FOR MY HIP OVER THESE ELEVEN YEARS. Don't think I can ever go through it again. I cried and whimpered during it. She went in from the side of my neck while I laid on my side. Such pressure and pain.Bad pain in my left shoulder and left back of shoulder when I lay down now. Don't know if that means it did not take away the painful areas, or if it is flared up and will settle down. I sure hope so. If not, this was for nothing but torture and making my daily symptoms worse now. This injection does not seem worth it for what the doctor said. Four months of pain relief would be considered good.

I have been working on a really old freebie. I adapted it a bit by inserting three poodles into it. ;) I will show you next week. 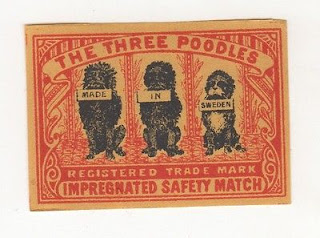 Oh no, that medical procedure sounds awful, like a form of torture. I really hope it does work and that you never have to endure it again.

Vickie,your description of the procedure is jaw dropping!! I most sincerely hope your start to get relief from your pain and discomfort.

Good morning, Vickie. You are on my heart.

So sorry to hear the procedure was so awful. :( Prayers are being said that your pain levels go way down. (I enjoyed Christmas Bells as well!)

Oh dear! I am so sad to hear that your pain level has increased because of the procedure. I pray it will only be temporary and will ease up again soon!! {Hugs!!}

I'm so, so sorry to hear about that horrid procedure, Vickie! I can't even imagine going through something like that. I hope and pray that it will eventually bring you some relief. Try to rest (somehow!) and let your family spoil you a bit this weekend...

Vickie, I had to look up that procedure after reading your post. It sounds positively horrid and I am so sorry you had to endure it and now endue continued pain. I wish you strength and courage.


So sorry Vickie , your treatment did not sound very nice .
I hope you can enjoy your weekend hugs.

Oh Vickie I do hope the shots will start helping. Maybe the pain is just from the shot areas and will go away. Sending hugs and happy thoughts your way.

Oh boy... what a nightmare. Maybe things will settle down and you'll feel better after that. I sure hope it works that way. Sending more positive energy!

Oh Vickie! I am soo sorry you suffered and are still in pain!
I am praying for you sweet friend! Sending you lots of hugs!!!
I had read Jennifer's quilting series books and enjoyed them.
These others are new to me. Feel better! love Annette

Oh how awful, this treartment. I hope it will settle dwn indeed and help you. Brrrr, only reading about it gives me the goose bumps ...

Take care, dear friend, all the best and have a good weekend!
Love, Carolien

The treatment sounded awful , I do hope after all that you get some respite ...thinking of you ..Maria xx

Oh my goodness, Vickie - what a horrible sounding procedure! Hope it is just a flare up and will eventually settle down. Have never heard of the book before, but it sounds interesting. Can't wait to see what you've been stitching. Keeping you in my prayers!

Vickie, that sounds horrible. I do hope it gives you some much needed relief. Gentle hugs.

Vickie - Praying for relief from this pain you're having!!

The book you read sounds really good. I will definitely check that out when I go to the library next time.

Take care of yourself!!

I hope the procedure does the trick after all that pain getting it done. love and {hugs}

I hope that the pain these injections caused has gone away by now. If not they would have been good for nothing. The bad thing is that even the doctors don't seem to know what really helps. I hope the best for you.

I hope you're feeling much better now. Take care:)

Oh my goodness... What a procedure.... I do hope that the pain has settled down now and that you are doing much better.
Hugs xx